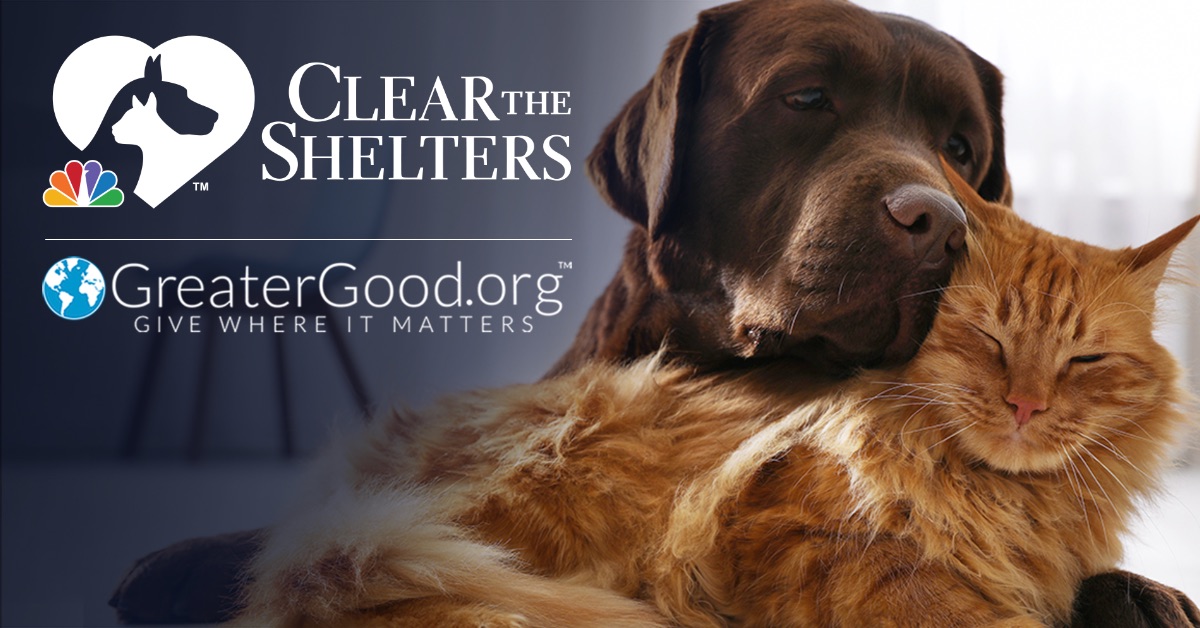 Clear The Shelters was initiated in 2014 in Dallas-Fort Worth as a partnership between NBC and Telemundo stations in North Texas (KXAS and KXTX) and dozens of area animal shelters. The Dallas stations’ effort resulted in the adoption of more than 2,200 homeless animals, the most adopted in one day in North Texas.

Since 2015, more than 410,000 pets were adopted through NBC and Telemundo owned stations’ Clear The Shelters pet adoption campaign.

This year is a little different. In light of COVID-19 and the need to practice social distancing, this year’s campaign has been adjusted to allow the public to plan their pet adoptions through virtual platforms. Instead of a one-day call to action, NBC and Telemundo owned stations, affiliated stations and partner shelters/rescues will host a month-long “Adopt & Donate” campaign from August 1 to August 31. The stations will continue to raise awareness about pet adoption issues.

Interested in adoption? Please check out our adoptable animal page and then email or call us at 561-686-3663 to schedule an appointment!

Can't adopt but would like to donate? Please visit PeggyAdams.org or if you donate through GreaterGood.org, a portion of total donations will be matched. 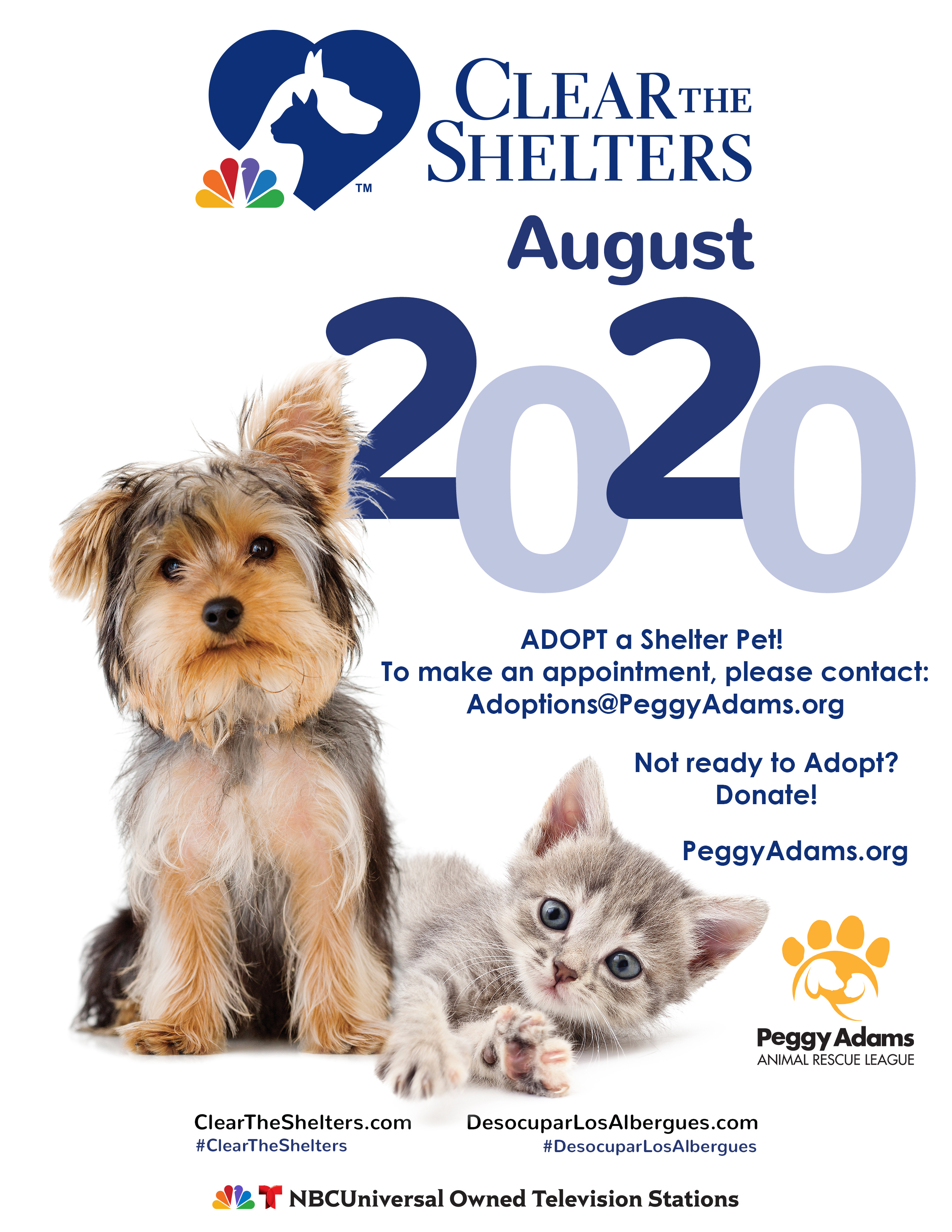