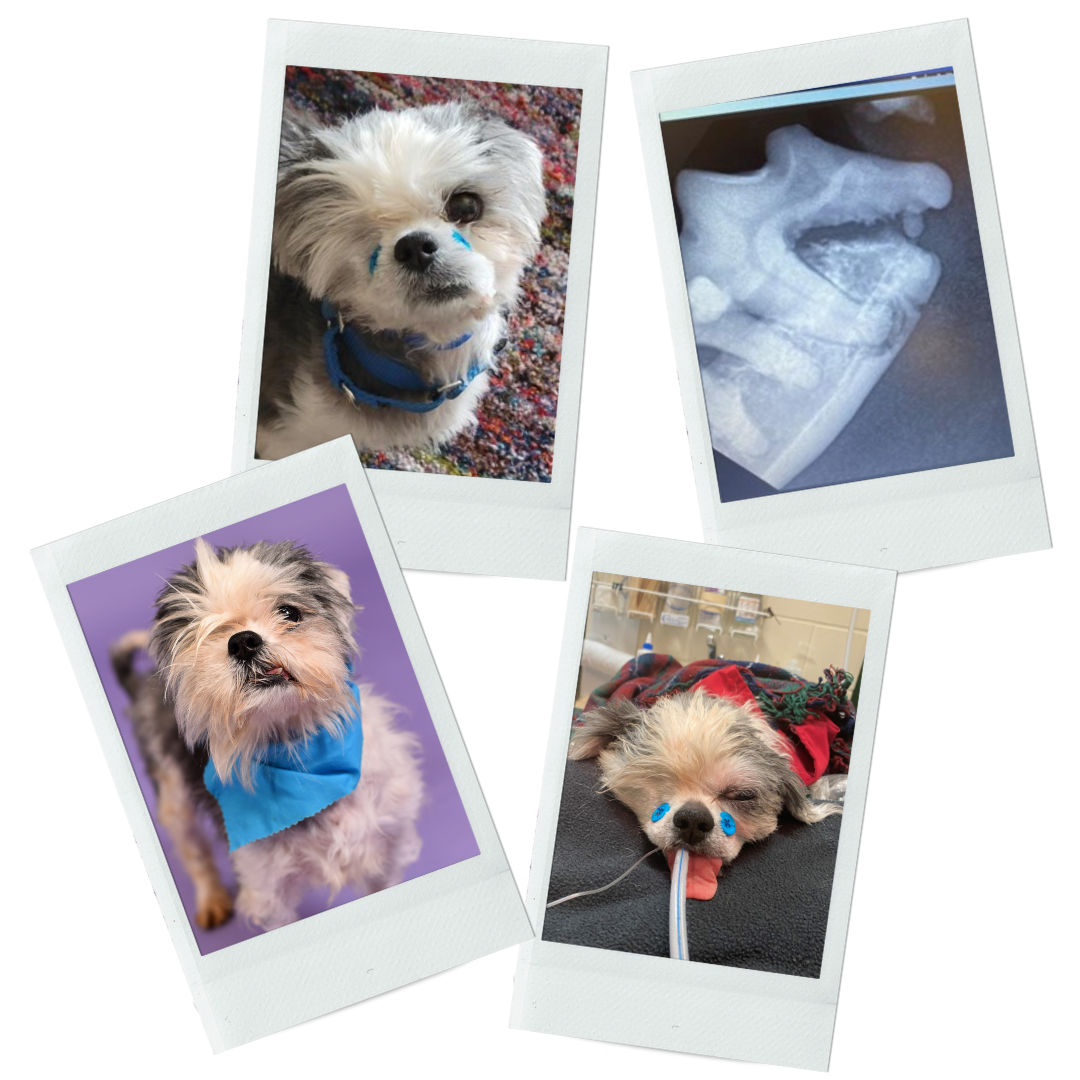 In July, Citrus County Animal Services were called to a home for a report of animal cruelty. The house in question was unclean, had high levels of ammonia in the air, and urine and feces throughout. Among those in the house was Bandit. He was living in a wire dog crate with 2 other dogs of similar size. There was no bedding, a large amount of urine and feces in the crate tray, and an empty food and water bowl.

All the animals were rescued and transported immediately to Citrus County Animal Services for evaluation and care - they were provided with clean housing, fresh water, food, and medical examinations.

It was discovered that Bandit had a fractured jaw due to severe dental disease. Citrus County knew that Peggy Adams could help. The fracture was in the same place as Oreo’s fracture had been so our team had experience fixing this type of fracture! We used buttons and sutures to stabilize his jaw and allow it to heal.

Six weeks later we removed his buttons, and Bandit was thrilled to be able to eat normally again, and he was adopted into his forever home!