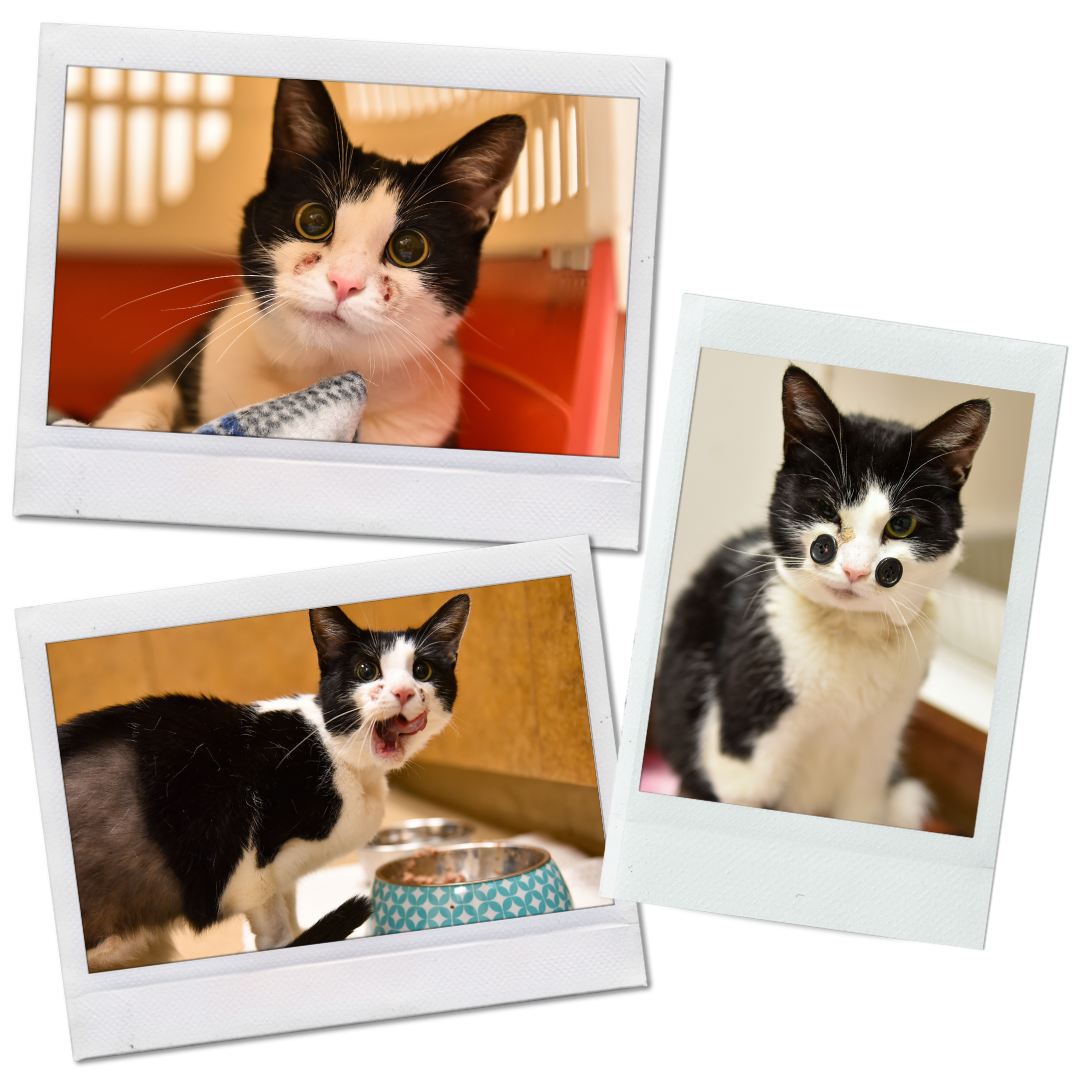 Oreo came to Peggy Adams in February of 2021 after she escaped from her home and was found hanging from her leg on a fence.  Our veterinarians discovered that, not only did she have a serious deep wound on her leg, but her jaw was also fractured.

We contacted one veterinary surgeon who told us Oreo's jaw could not be fixed.  We contacted a veterinary dentist for advice and she recommended a new procedure using buttons to relieve tension to "wire" Oreo's jaw shut to allow it to heal.  We performed daily bandage changes on her leg, but the damage was too severe, and we had to amputate her leg.

Oreo had the buttons and sutures holding her jaw closed for five weeks to allow it to heal, but she learned how to eat despite the sutures.  Once the buttons were removed, we found that her lower teeth were poking her lip and the top of her mouth.  After one final dental procedure, Oreo was able to get adopted and has never looked back!