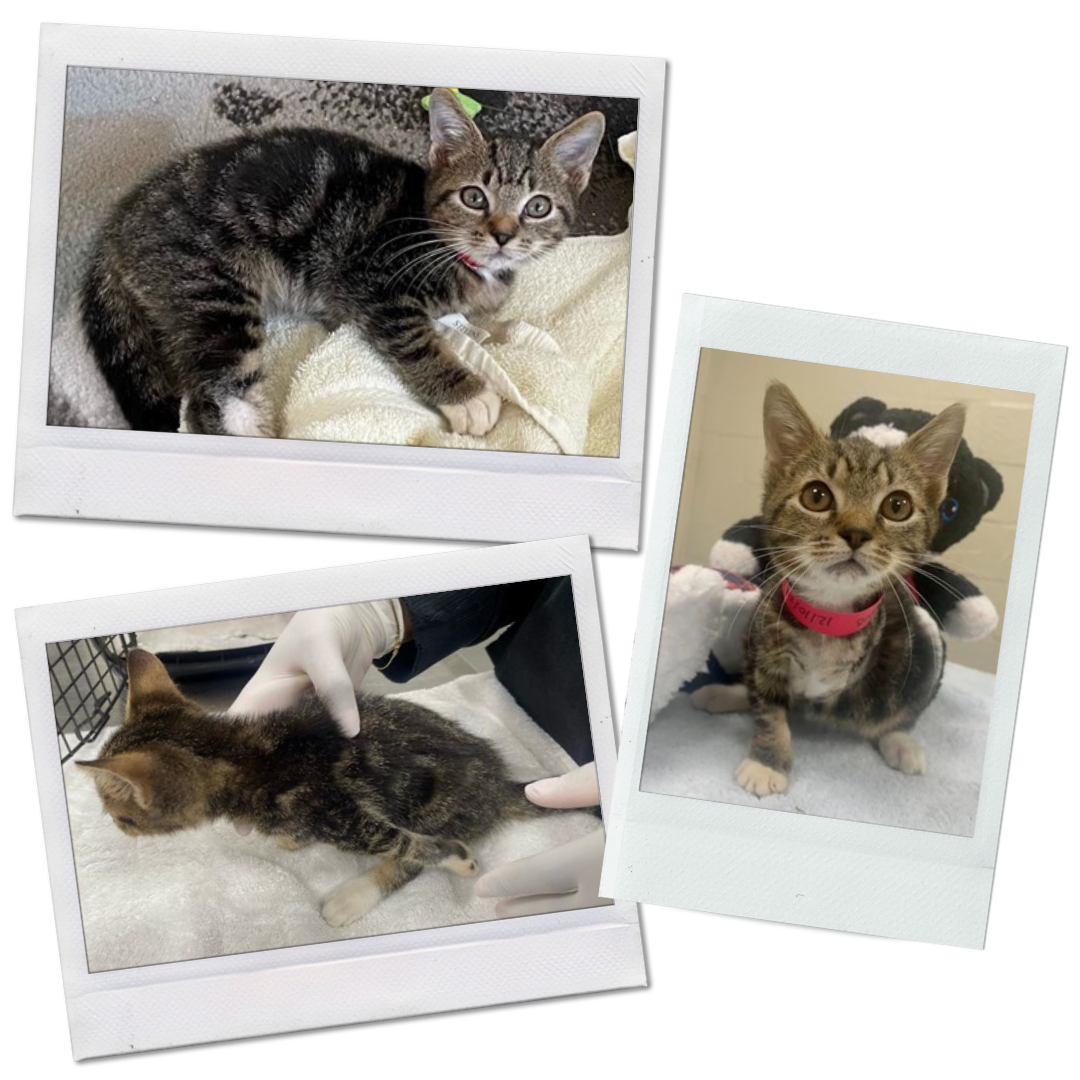 A month ago, Sushi who is now a 3-month-old kitten, came into Peggy Adams not using his right front leg. We did x-rays but he did not have any broken bones. However, he was unable to move his leg and it dragged behind him. We suspect he was injured as a young kitten or born that way as he had severe nerve damage to the leg. We decided that we needed to amputate so that the leg didn’t get in his way or get caught on anything.

Since the leg was not hurting him, we sent him out to foster to fatten up so he would be healthier for surgery. When he returned from foster about 3 weeks later, our veterinary team amputated his leg.

We sent him back out to foster to heal, he was returned to Peggy, and was adopted into a loving family in December 2021!