West Palm Beach, FL (April 4, 2022) The Dolly's Dream Project was created in 2015 with a vision toward improving the lives of a frequently maligned type of dog.  It is the goal of Dolly’s Dream to bring communities together by leadership, education, community involvement, awareness and rescue of pit bull type dogs and help dispel the stereotypical myths associated with them. (Sadly, American Staffordshire terriers, American bulldogs, bull terriers, and mixes of these breeds are prevalent in shelters across the country.) The Boca Raton-based foundation currently works with 15 shelters across the state of Florida and since the program began, approximately 2,000 “square-headed” or bully breed type dogs have been placed as a result of their assistance!  192 dogs have been adopted from the Humane Society of Broward County and 65 from Peggy Adams Animal Rescue, while hundreds of others were adopted from the 13 other participating groups. Dolly’s Dream underwrites the adoption fees, as well as supplies for the dogs that help the four-legged family members settle into their new homes.

For the Humane Society of Broward County (HSBC) in Fort Lauderdale and Peggy Adams Animal Rescue League in West Palm Beach the program goes far beyond the underwriting of adoption fees. The Foundation recently committed another five years of invaluable support to both organizations.  As a result, these non-profit shelters can continue to provide surrender prevention, spay/neuter programs, and care specifically for bully breed dogs.

Since the inception of the Dolly’s Dream program the HSBC has sterilized 458 dogs, treated 38 dogs for heartworm disease and given other lifesaving medical care to 223. One dog who benefited from this amazing foundation and owes his life to them is Dug. This sweet three-year-old boy suffered from a diaphragmatic hernia and needed costly surgery in order to survive. His family was extremely grateful for the assistance that Dolly’s Dream provided to save their beloved dog.  Another beneficiary of Dolly’s Dream is Guapo, a now nine-year-old American Staffordshire terrier who was brought to the HSBC after a week of not being able to keep his food down. His owner shared that Guapo did not have toys he could have eaten, “but he might have gotten into the trash.”  X-rays revealed cloudy objects in his abdomen and once surgery was performed, two baby pacifiers were removed from his intestines.  Happily, Guapo made a full recovery.

Peggy Adams Animal Rescue League provided an incentive for 100 dogs that rescue groups took from the county agency.  In addition, 1,261 spay/neuter vouchers were issued that included a microchip and vaccinations, and 237 dogs received medical care from their skilled veterinary staff.

Each shelter is limited on what they can offer but knowing that the Dolly’s Dream Project is there allows them to support their communities and partner shelters in ways they would not be able to otherwise.

Daniella Jordan, Director of the Dolly's Dream Project, is delighted with the success of the program. "Working with the Humane Society of Broward County and Peggy Adams Animal Rescue League and the other 13 shelters over the past five years has been wonderful. It is because of their dedication and resourcefulness that so many bully breed dogs were able to find new homes or were and able to stay with their families.”

Dolly’s Dream:  It is our goal to bring communities together by leadership, education, community involvement, awareness and rescue of pit bull type dogs. Dolly is the first pit bull our president rescued. With Dolly, he was able to learn about this amazing breed and all the love they have to offer. This is the dog that dispelled all myths and taught him the importance of adoption. Because of Dolly we strive to continue to save dogs like her. Dolly's Dream was created to rescue, rehome, and one day help restore the image of all bully breed type dogs. We partner with local rescues, shelters, and humane societies to fulfill our commitment to these innocent and loving animals.

Humane Society of Broward County advocates for and improves the lives of animals by providing adoptions, community services and education. The HSBC is a private, non-profit organization that is not affiliated with any local or national organization with a similar name. Visit www.humanebroward.com or call 954-989-3977 to learn more.

Peggy Adams Animal Rescue League:  The Mission of the Peggy Adams Animal Rescue League of the Palm Beaches, Incorporated is to provide shelter to lost, homeless and unwanted animals, to provide spay and neuter and other medical services for companion animals, and to care for, protect, and find quality homes for homeless and neglected companion animals, to advocate animal welfare, community involvement and education to further the bond between people and animals. For more information, visit www.PeggyAdams.org or call 561.686.3663. 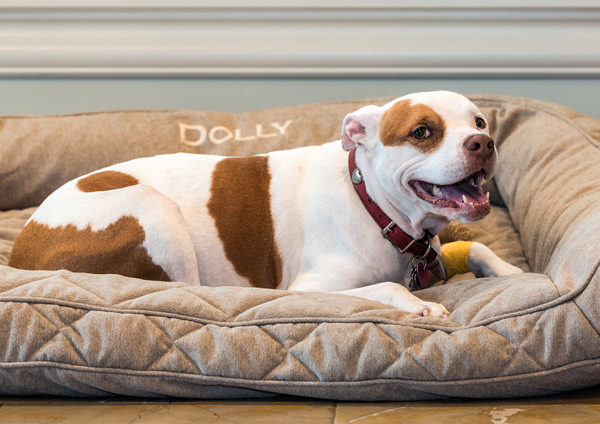