Peggy Adams Animal Rescue League just received 24 small dogs of various ages and breeds from Palm Beach County Animal Care & Control due to a hoarding situation. Mostly Chihuahuas and other small breed dogs, they were living in deplorable conditions. This is an ongoing investigation and the dogs were voluntarily surrendered.

Upon initial exams by League veterinarians, several of the dogs needed to have medical grooming and have underlying skin and flea issues. A few of the dogs are in foster care due to being pregnant.

“It is very important to Peggy Adams to assist our local Palm Beach County Animal Care & Control in situations such as this as an emergency placement partner,” explains Lawrence Nicolas, Peggy Adams Animal Rescue League’s Chief Operating Officer. “Both organizations work closely together to ensure the well-being of Palm Beach County dogs and cats. In fact, Peggy Adams transferred 2,019 dogs and cats from PBC AC&C in 2019 – a record number for the League.”

Note: On Monday, February 3rd, Scenthound spent the day at Peggy Adams providing baths and grooming to several of the dogs. Scenthound is a business partner of Peggy Adams and always provides support in situations such as this. 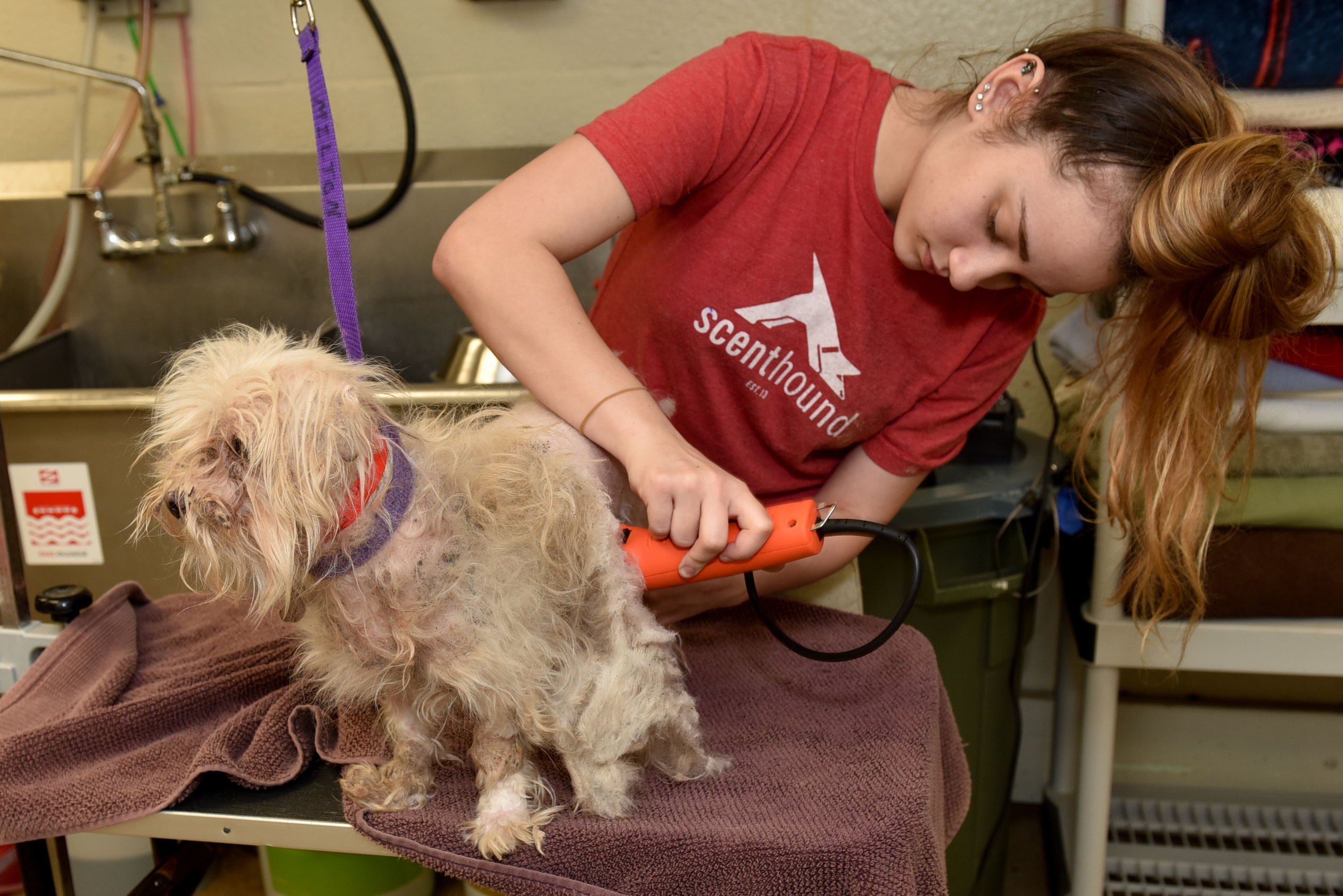 The Mission of the Peggy Adams Animal Rescue League is to provide shelter to lost, homeless and unwanted animals, to provide spay and neuter and other medical services for companion animals, and to care for, protect, and find quality homes for homeless and neglected companion animals, to advocate animal welfare, community involvement and education to further the bond between people and animals. Peggy Adams Animal Rescue League has a 4-star rating from Charity Navigator, America’s largest independent charity navigator, and is the first animal shelter in South Florida to become AAHA (American Animal Hospital Association) accredited. The League is an independent nonprofit animal rescue organization operating continuously since 1925. For more information, please visit PeggyAdams.org